Global Utility Construction hauls fibre cable through the Sydney Harbour Tunnel, as part of a privately-owned dark fibre roll out in NSW.

The NSW build marks another key step in Aussie Broadband’s dark fibre network rollout and is expected to be finished early next year.

Aussie Broadband’s Managing Director Phillip Britt said the tunnel is a significant part of the build because it will string together the main fibre run.

“We had originally planned to install a cable through the water, like a submarine cable. But there was already an available duct that runs through the tunnel, so we decided to take that route instead,” Phil said.

Aaron Wright, Managing Director at Global Utility Construction, said there was a tight time frame to get the work done due to heavy traffic in the tunnel.

“We had to operate within a strict schedule, with a four-hour window available on specific nights only,” Aaron said. “A total of around 2 kilometres of fibre has been laid so far.

“It runs from near NBN’s Dalley POI or Point of Interconnect through the tunnel and out into North Sydney. The next POI on the north is St Leonards, but that’s 2-3km north of the tunnel exit,” he said.

The new fibre network can offer speeds of up to 10Gbps.

Read more on the project 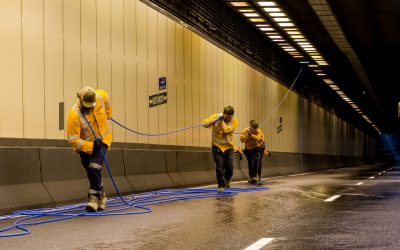 Over the last couple of months, state and federal governments have fast-tracked many infrastructure projects to kick... 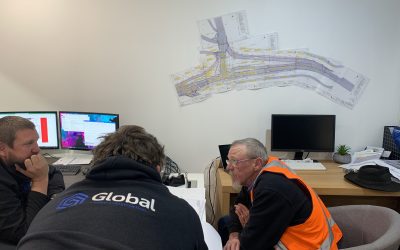 Global Utility Construction offers a turnkey solution for Communications and electrical projects. What does turnkey... 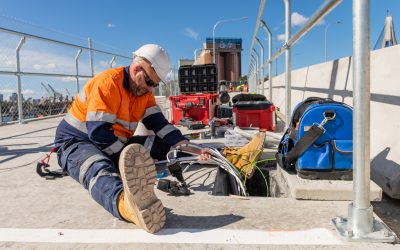 Intelligent Transport Systems (ITS) is the use of information and communication technologies in transport. ITS...